“My Vote” and How It Came About

Home Voter ID Education “My Vote” and How It Came About 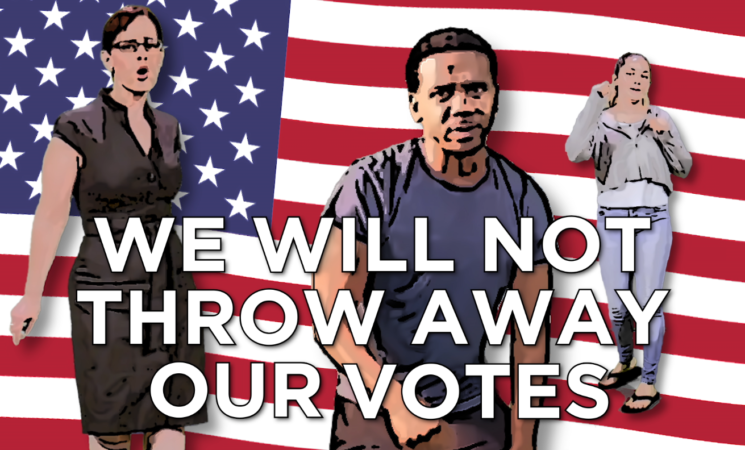 Imagine an organization that has examined EVERY SINGLE U.S. State’s voter ID laws and distilled the list of each state’s acceptable documents into a wallet-sized card. Sound like a daunting task? Well, luckily for us voters, that’s exactly what VoteRiders has done. When I learned about the organization, I thought, ‘What an awesome voting tool,’ and my next thought was, ‘Why don’t more people know about this incredible organization?’

Then a light bulb went off.  A music video – with a recognizable beat – could be helpful in spreading the word; especially in Florida and Arizona, where so many voters are either discouraged from voting because they don’t have proper ID, or daunted by the prospect of figuring out what it is.  Fortunately for us all, Lin-Manuel Miranda had no objection to a “parody” version of “My Shot” from Hamilton.  Peter Dekom and I came up with the lyrics; talented music producer Aaron Steinberg of Chemical Music fine-tuned the lyrics into the musical beat; and the creative genius of video animator/graphic artist Aaron Wilhelm generated animated renderings of live vocalists (Holger Moncada, Jr., Chris Gardner, Karlee A. Tittle Cuff and Phoenix Sainz), and voila – the “My Vote” music videos series was born.

I don’t know about you, but I can’t get the tune out of my head.  Such is the power of music! Let’s hope it translates into wide swaths of the population getting the chance to vote. For as President Lyndon Johnson said,

We made versions of the "My Vote" PSA specifically explaining Florida's (see above) and Arizona's voter ID laws. We made a shorter version relevant to voters in every state, and included Spanish subtitles.

Previous article Get your Soul to the Poll, Milwaukee Next article New VoteRaiser Campaign to reach 200K voters by Nov. 6!