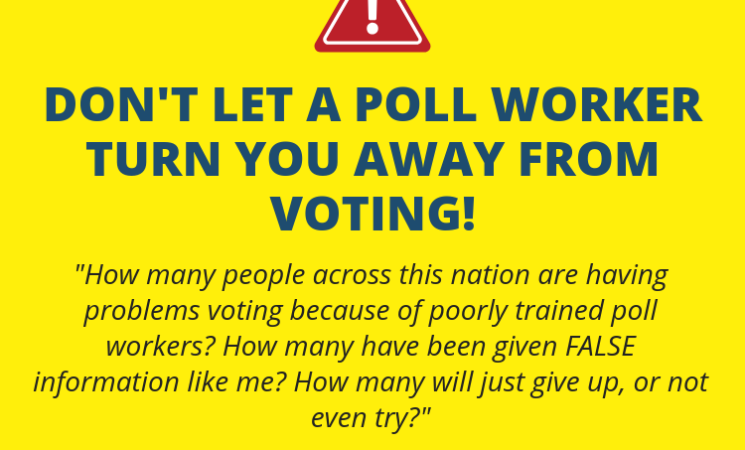 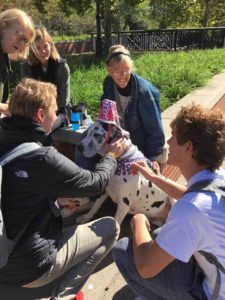 Yes, you read that right. Miss "Ohio Are-You-Registered-to-Vote?" was just told she couldn't vote at the Meigs County Board of Elections!

Started out as a nice Saturday morning. My husband and I decided to go cast our ballots before we got busy with the mountain of chores we have been unable to do. On the way there we passed two friends who were putting out political signs - one happens to be on the Meigs Board of Elections (BoE). I told him we were on our way to vote and thanks for the work he and his wife were doing with the signs.

We just had to go up the hill a little ways further to the Meigs BoE. When we went inside, the clerk told us she needed to see some ID. My husband whipped out his license, unknowingly, but I refused. I said, "I prefer to vote with my SS#, and I don't need to show any ID when I vote early here at the BoE."

She laughed at me and let me know that I was totally wrong about that. I politely disagreed and said I had been working with the Athens BoE for weeks on early voting efforts and was told that OU students could easily vote early with just their SS#, and no ID (This is crucial for college students who have out-of-state drivers licenses). She told me Athens was wrong. I told her they were right. She then pulled up the Secretary of State's website and started clicking like a maniac to find some proof that I had to give her my license. She then said, do you want me to call Athens BoE, and I said, please do, and then I stepped out to make my own phone call to my BoE friend who was still down the road. His wife said they would be right there.

The Athens BoE has been amazing and the staff have answered every question we have presented to them with clarity and courtesy. I knew the chances that they had told me wrong information were slim to none. She was on the phone when my friends came in the building. (She was a little shaken when she saw who I had called.) She was also getting nowhere with the phone call (read that, she was being told she was wrong) and she handed it off to the person in charge. That person took the phone down the hallway, and when she returned to the office she said,

Well they said they could be wrong, but that is the way they think it should be. I'm not changing however - it's how I was trained, so you have to give us some ID."

Now, you may ask why didn't I just whip out my license? Can you imagine me doing that after working on our early voting program designed to reach 3,000 college students with the message to just use your SS number??? No way was I going to cave. I declined and we left. On the way home I texted Camille Wimbish of Ohio Voice who did our excellent voter registration/protection training in April and asked her who was right. She confirmed the Athens BoE was right and I could have voted with just my SS number. At the same time my Meigs BoE friend was waiting at the BoE office to hear back from the SoS. He called me and said, I was right, and they would let me vote with a SS# if I wanted to come back down. It's a 40-minute roundtrip to the BoE, so I declined and will just vote at the polls on Tuesday with my license.

Camille reported the incident to 866-OUR-VOTE, which is a national voter protection watchdog coalition, and she also made a phone call to the Meigs BoE. My friend said it will be on the agenda at the Meigs BoE meeting Tuesday, and he also directed the staff to cease asking for any more ID.

Think about it. How many early voters have appeared at the Meigs BoE thinking all they needed was their SS# and were turned away if they did not have a license? Even just one is one too many. And this has been going on since October 10.

Now, was there some sort of malicious thing going on with the BoE staff. Absolutely not. They all claimed it is how they were trained. I think they are confused about that, but it's what they believe.

I'm just sort of frazzled now. Had plans to get a lot done today, but it's kind of like an emotional sucker punch in my gut. How many people across this nation are having problems voting? How many have been given FALSE information like me? How many will not know any better and just go along with it? (I wouldn't have known had I not been involved in registering voters this year.) How many will just give up, or not even try?

Please do not take this right for granted, and please fight like hell to protect it for all Americans!"