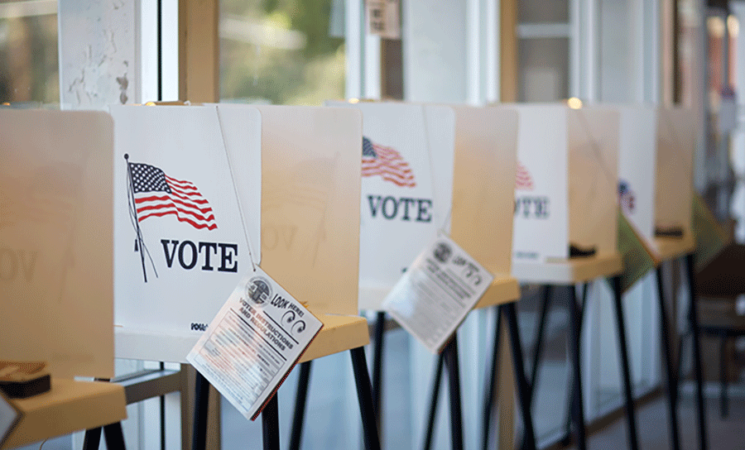 In several states, new legislation and ongoing litigation put voter ID laws in motion last month. Some of these changes will affect who can vote in November, although key details are still to be determined.

Here’s a roundup of recent developments and why they matter:

Kentucky already requires voters to show ID at the polls, but allows for several forms of acceptable identification. Election officials can also vouch for voters through personal acquaintance. New legislation seeks to make the state’s law more stringent, starting with the 2020 General Election.

The original version of the bill would have been among the strictest in the nation, but the state Senate ultimately passed a modified version. This new bill doesn't require IDs to have an expiration date and allows voters with non-photo ID to sign an affidavit at the polls to vote a regular ballot. As it heads to the House of Representatives, voting rights advocates remain concerned about lawmakers’ commitment to implement the new law before November 2020 – raising issues of voter confusion and access to ID.

Minnesota lawmakers are also prioritizing a push for voter ID. Republicans in the state Senate recently announced it as part of their agenda for 2020. Although a bill could pass the state Senate, it is unlikely to become law. It would face strong opposition in the state House and lacks the support of the state’s Governor.

Missouri’s voter ID law was partially blocked when the state Supreme Court upheld a decision by a lower court that prohibited the secretary of state from promoting that photo identification is required to vote.

The ruling struck down a key provision of the law requiring voters to sign an affidavit if they did not have government-issued photo ID. The court found the statement was “contradictory and misleading” with the potential to confuse and deter eligible voters, leading to inappropriate perjury charges.

The decision was the latest turn in a 14-year back-and-forth over voter ID in the state. Within a week, state lawmakers introduced a new bill with the support of Secretary of State Jay Ashcroft. As of now, the bill’s requirements are more onerous than the previous law. Voters would need to provide a Missouri driver’s license, state ID, passport, or military ID in order to vote. Those without such identification at the polls could vote a provisional ballot, which would "be counted based upon a certification process and the return of documentation or by a signature verification process."

Fourteen state senators in the Nebraska Legislature introduced a measure that would amend the state’s constitution to require voters to provide photo ID. If the resolution passes, the amendment would be put in front of voters in the November election.

North Carolina’s new photo ID requirements were set to go into effect for the state’s March 2020 primary until a federal court intervened at the end of the year. The ruling by US District Judge Loretta Biggs found that parts of the state’s 2018 law were motivated by “discriminatory intent” and ordered election officials to let voters know that ID will not be required until a further ruling is issued.

The state’s Attorney General is appealing the decision but not trying to resolve the issue before the March election due to voter confusion, contrary to some lawmakers' objections. The North Carolina Board of Election will be mailing postcards to 4.7 million households to advise that ID will not be required to vote in March. Stay tuned to learn what will happen in November. In addition to the lawsuit in federal court (brought by the state’s chapter of the NAACP), five voters are suing over the mandate in state court.

Virginia voters are currently required to show a photo ID to cast a ballot that counts. A new bill, just approved by the state Senate and headed to the House of Delegates, would allow Virginians to prove their identity at the polls using non-photo documents like voter registration confirmation as well as a current bank statement, paycheck, and utility bill.

Subscribe to stay updated with the latest voter ID news from VoteRiders.