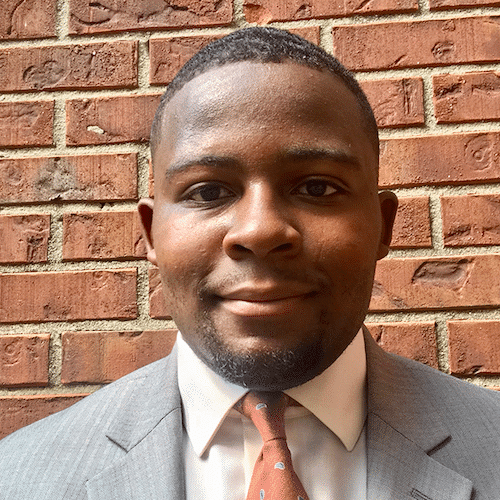 
Born and raised in Newnan, Georgia, Sylvester Johnson III’s civic engagement began in high school when he worked with organizations such as the Special Olympics of Georgia. While attending Howard University, Sylvester spent two years working in underserved communities as a Team Leader for Jumpstart AmeriCorps. He expanded his community service efforts to a national scale by participating and leading Alternative Spring Break projects in Chicago and New Orleans. After graduating, Sylvester returned to his home state and served as the Political Director for Carolyn Bourdeaux’s campaign for Congress in Georgia’s 7th Congressional district in 2018. Now as the National Volunteer Manager, Sylvester is excited to apply his passion for civic engagement by helping further VoteRiders’ mission to ensure that all citizens are able to exercise their right to vote. When he is not working, Sylvester enjoys cheering on the Philadelphia Eagles, thrifting, and playing with his dog, Mr. Boykins.