150 Years of fighting for the right to vote 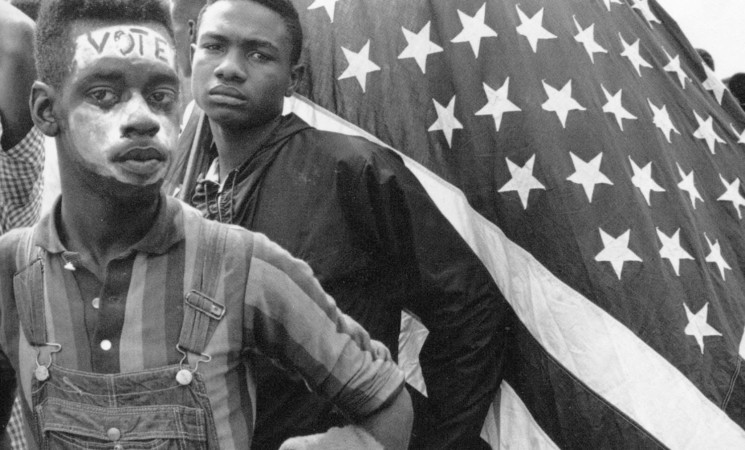 Black History Month this year includes a significant milestone in the history of African-American voting rights. February 3rd was the 150th anniversary of the 15th Amendment’s ratification, declaring that “the right of citizens of the United States to vote shall not be denied or abridged by the United States or by any State on account of race, color, or previous condition of servitude.”

The impact of the Fifteenth Amendment was immediate. Sixteen African-American men were elected to the U.S. House of Representatives in the years following its passage, and hundreds more were elected to positions in state and local governments. But the amendment did not guarantee the right to vote, and many states quickly took action to disenfranchise black men – putting restrictions like the grandfather clause, poll taxes, and literacy tests into place.

In many ways, the passage and ratification of the Fifteenth Amendment denote the start of a long fight for African-American voting rights. One that continues to this day.

Black women were not granted the right to vote by the 15th Amendment and were excluded from the protections extended by the 19th Amendment to white women in 1920.

Black men and women worked tirelessly for their right to cast a ballot well into the 20th Century, which culminated in the Voting Rights Act of 1965. The federal law banned discrimination in voting and eliminated many of the legal barriers that had blocked African Americans from the ballot. In the two years following the Voting Rights Act’s passage, engagement of black voters increased tremendously with the number of registered African-American voters jumping from 29 percent to 51 percent.

Still, the voting rights struggle was far from over. The Supreme Court’s 2013 decision in Shelby v. Holder invalidated a key provision of the Voting Rights Act and gutted the federal government’s preemptive oversight of state and local voting laws. The decision added fuel to states that were passing laws with confusing, bureaucratic barriers to the ballot box – including restrictive voter ID requirements.

These laws cause widespread confusion among voters (and poll workers) including in states without a voter ID law, discouraging too many people from casting their ballot. I live in Georgia, a strict voter ID state, and have seen firsthand a young woman not being able to cast her ballot because she did not have an acceptable ID. This is why I believe in the importance and urgency of VoteRiders’ mission. At VoteRiders, I help voters every day who are confused and intimidated by voter ID rules, and who need help obtaining the ID required to vote

Today, African-American voters are among those most impacted by voter ID laws. While around 11% of voting-age citizens in the country lack a current government-issued photo ID, that number for African-American voters is 25%. Estimates for the 2020 census show that two out of three African Americans live in voter ID states. And 25% of all black people in the United States live in states with the strictest laws.

VoteRiders was founded as a direct, non-partisan response to the increasing number and stringency of voter ID laws across the country. Our vision is that every citizen has the ID to cast a ballot with confidence, knowing they cannot be turned away. We aim to assist all voters, no matter who you are, where you live, or how you vote. We also work to inspire and support communities, local organizations, and volunteers to sustain voter ID education and assistance efforts.

150 years ago, the 15th Amendment promised that every US citizen would be equally able to participate in democracy. Voter ID is a real barrier preventing the fulfillment of that promise. As Black History Month comes to an end, we take inspiration from the work of those who have come before us in our continuing fight for suffrage. We must ensure that any eligible citizen who wants to vote can do so with confidence their ballot will count.

Previous article Voter ID Story: Mildred in Virginia Next article What to Do For Your Summer Vacation: Help People Vote