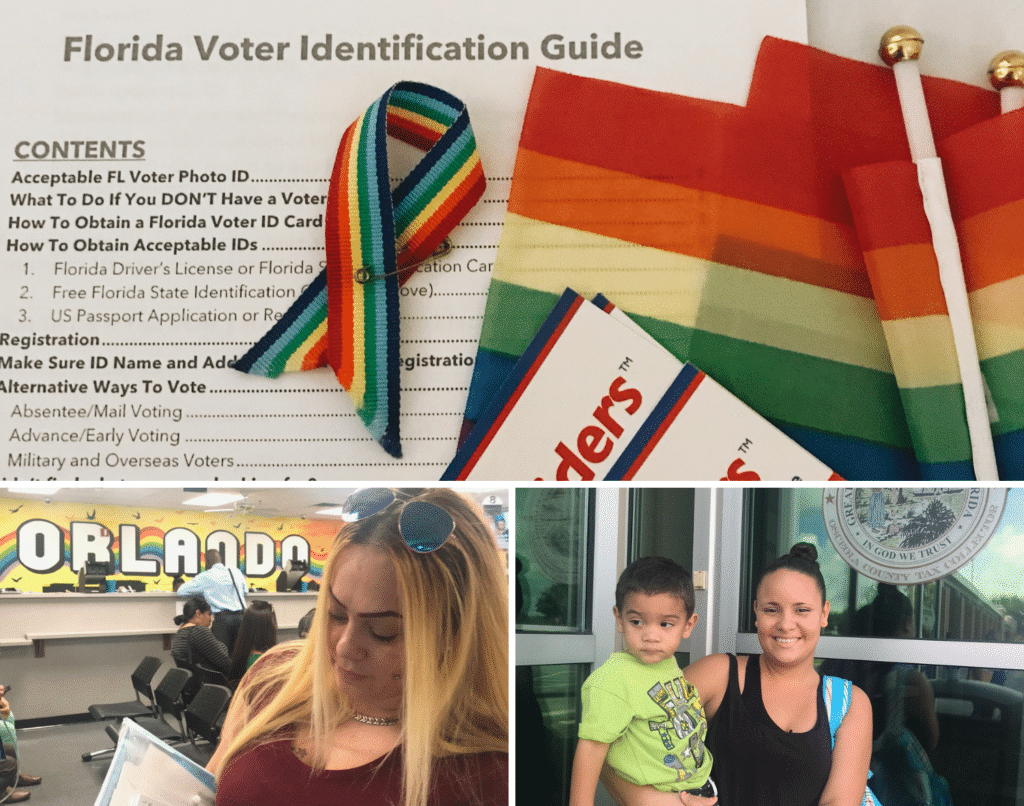 Americans who value free and fair elections as the cornerstone of American democracy must keep one crucial fact front and center. Voter registration and voter ID are two separate matters. In many states, registered voters – those who have taken all the right steps and are legally registered to vote — can still be turned away from polling places for not having the required voter ID.

Voter ID laws across the country are so varied from location to location and so complex that registered voters must sometimes navigate a bureaucratic maze in order to exercise their right to vote. Even worse, government officials charged with administering these complicated rules sometimes do not understand them and cannot accurately inform would-be voters of the process, much less guide them through it.

In one state, VoteRiders contacted the Secretary of State’s office to learn precisely what is required by the state’s voter ID law and was informed that this state has no voter ID law. It fell to VoteRiders to explain to government officials that their state does indeed have such a law, that its first voter ID law was replaced by a more stringent voter ID law, that the State Supreme Court overturned that law as being unconstitutional, and that the prior voter ID law thus remained in effect. Thirty minutes later, after being transferred from one uninformed state official to another, VoteRiders spoke to a law librarian who was able to find the specific ID requirements in poll worker instructions. No one, however, was able to locate the actual statute stating the requirements. Incidentally, the state has now enacted yet another more stringent law, which is once again being litigated.

VoteRiders discovered that another state’s Secretary of State website, which described photo ID issued by state government as valid, was simultaneously describing as invalid photo ID issued by state colleges and state universities. VoteRiders brought this inherent contradiction to the attention of state officials, but it was only after repeated attempts that the state finally revised its website to make this requirement less contradictory and confusing.

Some assert that this obstacle course was designed and built by partisans who believe that low voter turnout better serves their political agenda. That is a question for another day and is one for others to determine. Irrespective of the answer, one overriding reality remains. Voter ID is here to stay. VoteRiders’ mission is not to lament these formidable requirements and their impact on American democracy. Rather, our particular role in protecting democracy is to focus on the sole response that makes practical sense – simply equipping voters across the country, one by one, with the ID they need to cast their votes.

One such group in need of assistance, Puerto Rican voters now living in the 50 states and D.C., faces a unique challenge.

Although this is not universally understood, Puerto Ricans are citizens of the United States. In Puerto Rico, they are not eligible to vote in U.S. national or state elections; but when they move to any of the 50 states or to Washington, D.C., they do become eligible to register and vote where they now reside.

Following Hurricanes Irma and Maria, displaced Puerto Ricans, some of whom lost loved ones and nearly all of whom lost their homes and worldly possessions, have relocated to every state in the country. They have arrived in such significant numbers that election outcomes can be influenced by or potentially determined by these voters. It is estimated that post-hurricanes, as many as 200,000 Puerto Ricans have relocated to Florida (a key swing state) alone, and have the right to vote there.

In Florida, as in many other states, a first step in securing voter ID is to present “underlying documents” to verify U.S. citizenship, such as a birth certificate. Under the best of circumstances, how much time and money can any voter spare to maneuver through an intricate bureaucracy in order to obtain a birth certificate? This challenge is especially arduous for Puerto Rican voters, who are traumatized by being uprooted, who may be unfamiliar with the ways of the bureaucracy in Florida or other new home states, and who may be overwhelmed by the adjustments they must make in their new lives, even without embarking on a bureaucratic adventure.

And there is a uniquely cruel twist that makes the process even more daunting for these American voters. In order to address a wave of identity theft, the government of Puerto Rico invalidated every Puerto Rico birth certificate issued prior to July 1, 2010. So Puerto Rican U.S. residents must obtain a certified copy of their birth certificate to replace the old ones. VoteRiders has not done a 50-state search to track all those that will not accept original Puerto Rico birth certificates as underlying documents for driver’s licenses, state IDs and voting purposes; but we do know that Florida will not.

We believe the government of Puerto Rico has been issuing replacement birth certificates, but the destruction and disruption wrought by Hurricane Maria have understandably caused a shift in the Puerto Rican government’s priorities and may prevent Puerto Ricans now residing in the 50 states and D.C. from obtaining new birth certificates and thus from voting in 2018 and 2020.

In Florida, even some of those who are dedicated to helping with voter registration and other outreach programs do not understand exactly how the more than one million Puerto Ricans who have moved to Florida, post-hurricane and in prior years, need to be assisted.
For these reasons among others, VoteRiders has designated Florida one of the highest-priority states in its 2018 Voter ID efforts and is striving to provide assistance to every Puerto Rican voter who lacks a voter ID in Florida and nationwide.

Florida voter-mobilization organizations were initially reassured by the existence of the option that Florida voters can vote by mail without photo ID, but many voters do not know of the vote-by-mail option or prefer to vote at the polls.

The incorrect information has circulated that voters can simply exchange a Puerto Rico driver’s license for a Florida license, which is the most common type of voter ID by far in Florida – and every other voter ID state. This is untrue. The Florida drivers’ license application requires a primary source of identification — birth certificate or passport being the most common — plus proof of social security number and two proofs of residential address. That is the law.

Some voter-mobilization groups mistakenly believe that these are all moot issues, since voters can complete their voter registration application with a social security number. They are correct about this registration requirement but have missed the crucial distinction between voter registration and voter ID. Again, in Florida – and 34 other states – absent the correct voter ID, voters may be denied their right to vote.

The only certain way for voters in Florida to vote on Election Day and to ensure that their votes will be counted is to obtain a valid voter ID.

VoteRiders is working with various groups in Florida to help provide Florida identification for those residents who wish to put down roots and participate in the voting process. Importantly, since our on-the-ground experience, corroborated by reputable studies, shows many voters are so confused and intimidated by voter ID laws that they won’t vote even though they have an acceptable ID, we make sure they feel confident that they do.

Our first step is to identify voters who need assistance. Toward this end, we are sharing in community outreach, joining forces with over a dozen organizations such as Mi Familia Vota. Via canvassing and phonebanking, groups that engage in direct voter contact will share with VoteRiders their lists of voters in need of voter ID assistance to whom VoteRiders can then reach out.

Pausa, a Spanish-language news program, has shared our contact information with its followers.

VoteRiders began exploring how to obtain a new certified copy of a Puerto Rico birth certificate as a required underlying document for a Florida driver’s license, which so often is used as voter ID, but repeated telephonic, online and other attempts to reach Puerto Rican government officials, besieged and overextended since the hurricanes, proved unsuccessful. VoteRiders’ research revealed that VitalChek, a private company that assists in obtaining a certified copy of a birth certificate and other “vital” records, is a legitimate and effective solution.

As in many states, VoteRiders works through its Voter ID Coalition partner organizations and others in Florida to distribute its state-specific Voter ID Information cards and posters, available in English and Spanish.

Using these and other VoteRiders materials, through training provided to our volunteers as well as to partner organization staff and volunteers, and through our toll-free Helpline, we help educate voters on the law and the process to obtain an ID.

And crucially, VoteRiders provides assistance through the entire process if needed, including to arrange transportation to government ID-issuing offices and to cover the costs of ID (e.g., replacement driver’s license) and/or the underlying documents needed to obtain ID.

*****************
VoteRiders is determined to assist Puerto Ricans and others in Florida and nationwide so that a complex and sometimes contradictory system does not prevent these voters from exercising their right to vote. In doing so, we find ourselves at the forefront of the fight to defend the most fundamental right in a democracy. Our many and varied efforts in Florida and across the country stem from one simple premise: Each single piece of voter ID that admits one voter to the election process represents a victory for American democracy.