Impact of Voter ID Laws on People with Disabilities 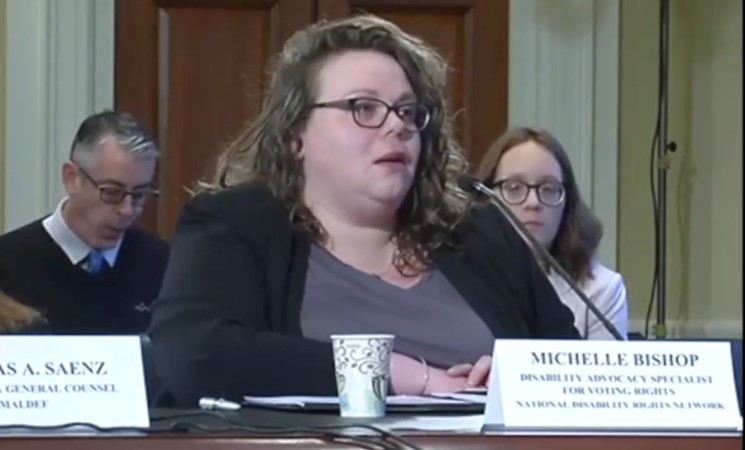 As the Voting Rights Specialist for the National Disability Rights Network (NDRN), I coordinate voting rights initiatives in every state, the District of Columbia, Puerto Rico, and other territories, as well as provide training and technical assistance to NDRN’s nationwide network regarding voting rights and access for voters with disabilities under the Help America Vote Act. I am grateful to share my written testimony submitted to the Congressional Committee on House Administration - Subcommittee on Elections during the Voting Rights and Election Administration in America hearing held on October 17, 2019. The following is the voter ID excerpt from my submitted testimony:

According to the National Conference of State Legislatures, 35 states currently require individuals to show some form of ID at their polling places (1). The Brennan Center for Justice indicates that over 22 states in 2017 saw the introduction of at least 39 pieces of legislation to impose voter ID requirements or impose even stricter requirements over existing ones (2). Yet, the University of Wisconsin – Madison found that 6 percent of registrants that did not vote in 2016 were blocked by the lack of correct ID (3). An additional 11.2 percent of eligible registrants were deterred from voting because of confusion surrounding the voter ID law (4). Strict voter ID requirements create new hurdles to voter participation with the added effect of confusion as a deterrent to voters.

Rutgers has calculated that 7.5 percent of people with disabilities do not have a state-issued photo ID, compared to 4.8 percent of people without disabilities (5). The difference is statistically significant. This disparity also extends to older adults – potential voters typically over-represented among people with disabilities. A report by the US Senate Special Committee on Aging and US Senate Committee on Rules and Administration asserts that older Americans are a sizable voting bloc - 30 percent of the voters in 2016 were 50-64 years old, 15 percent 65 and over (6). Yet, 11 percent of adults (over 21 million citizens) do not have a valid, government-issued photo ID and nearly one in five Americans over 65 (approximately 8 million people) lacked a current, government-issued photo ID (7).

The Brennan Center for Justice also found that 10 million voters (who are otherwise eligible) live over 10 miles from the closest office that can issue an ID that qualifies for voting purposes and is open more than two days per week (8). While this would present a burden for any voter, people with disabilities and older adults are less likely to drive or have accessible public transportation options.

The argument that people with disabilities who are disenfranchised by voter ID laws can simply obtain an ID has clearly not panned out in reality.

Here is Michelle’s testimony and responses to committee member questions. A recording of the entire length of the hearing is also available.

Previous article Recap: What happened in the LAST election of the decade? Next article 5 Tips to make the most of your charitable giving